Internationally acclaimed documentary filmmaker Gerry Rogers loves, loves making movies! She has over 20 films to her credit and as many awards. Her latest films My Left Breast, an intimate, starkly honest and surprisingly humorous portrayal of her struggle with breast cancer won over 20 international awards including 2 Geminis and Gold at Hot Docs

Pleasant Street, a curious and intimate story of community, love and living with dying, won the Rex Tasker NFB Award for Best Documentary and the Empire Theatre Award for Best Direction. It also won a special jury prize at the Nickel Independent Film Festival. Rogers released her latest film Ferron: girl on a road, a tribute to lesbian singer/songwriter icon Ferron in 2009.

Gerry’s film career began in 1982 at the National Film Board’s Studio D in Montreal. In 1992 she returned to her native Newfoundland and founded Augusta Productions. Her directorial credits include the NFB/CBC co-production After The Montreal Massacre, the internationally award winning Vienna Tribunal and Kathleen Shannon: on film, feminism, and other dreams. Among the many films she has produced is the internationally award winning To a Safer Place. Gerry’s most recent films include, “R” Rated, a 3 minute comedy starring Andy Jones and Ferron: girl on a road, a film on folksinger/songwriter icon Ferron.

Rogers is currently in post production on From Her Majesty’s Pen, shot in Canada’s oldest men’s penitentiary and in development with, Women on the Edge, an alternative drama with female prisoners.

Ferron: Girl on a Road (trailer) directed by Gerry Rogers

After 10 years, Ferron and her band reunite for a 3 island, 3 concert tour.

The film follows them from the rehearsal in Ferrons little house on Saturna Island to the road.

Part performance film, part biopic, Ferron: Girl on a Road, traces, the life, the songs, the loves, the heartbreaks, and the pioneering path carved by a true folk legend.

Intimate, and sweeping all at once, this film moves beyond chronicle and captures in word and deed, the essence of a visionary artist, and the soul of an icon.

Among the many international awards and distinctions (over 30) 2 Geminis for Best Direction and Best Documentary, the Gold at Hot Docs, NFB Rex Tasker Award for Best Documentary, Empire Theatre Award for Best Direction, Best Canadian Film and Best Female Director at Toronto Lesbian and Gay Film Festival, Best Director and Best Film at the Dallas International Gay & Lesbian Film Festival, a Silver Hugo, Bronze Remi, Leadership for Women’s Health in Atlantic Canada, a Chris Statuette, Emily Award, Blue Ribbon, Crystal Apple, Huston Gold Award and more. Rogers was a 1995 Recipient of the CTV Fellowship for Banff and a resident of the Canadian Film Centre, Writing and Producing for TV program. She completed the Women In The Director’s Chair program at Banff 1999. Rogers has travelled extensively giving lectures and workshops on documentary filmmaking. She has been featured in several papers and magazines and has been a guest on the Rosie O’Donnell Show, The Vicki Gabereau Show, CBC Radio’s Shelagh Rogers and more.

Gerry Rogers is a documentary filmmaker based in St. John’s, Newfoundland. Her production company is Augusta Productions. 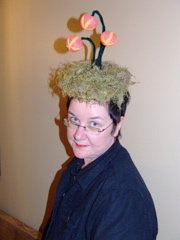